Being within a few minutes’ walk from the bus stop that serves buses and coaches and connects the cities of the island, Lato Boutique Hotel serves as the ideal starting point for short or long excursions & tours and exploration of the most important attractions of Crete.

Famous for being the largest Venetian fortress ever built, the Fortezza is a stunning trademark of Rethymno, an iconic symbol of the city's importance, and a beacon of Cretan culture. Among the interesting attractions within, visitors will find the Bastion of Santa Maria, the Erofili Theatre (a structure built during the XX century, and used for a variety of outdoor events in the summer), the late XIX century Orthodox church of Agia Ekaterini, the Rector's Residence, and the Orthodox church of Agios Theodoros Trichinas, to name just a few.

A visit to the Historical and Folk Art Museum of the city takes you back to the Cretan culture that thrived in the past, which is still an important point of reference and inspiration for Cretans. Even the building housing the museum is an important landmark, a fine example of traditional Venetian town houses of the XVII century.

Once a place for science and art, drawing many scholars and academics, the Holy Monastery of Arkadi played an important role in the Cretan resistance against the Ottoman rule during the Cretan revolt of 1866. You will find an impressive memorial, honoring the sacrifice of the heroes of the revolt, about sixty meters to the West, outside the monastery.

The Old Town of Rethymno was almost entirely built by Venetians. The heart of tradition beats at the very centre of the town, where it meets contemporary lifestyle and culture. A unique combination of Venetian renaissance architecture and oriental landmarks offers visitors a magnificent journey to the most beautiful visualizations of Rethymno's past.

Rich in exhibits of great cultural value, the Archaeological Museum of Chania takes visitors on a journey through the history of the area, from the Neolithic to the Roman domination.

Located in the centre of Chania, the Municipal Market is the point of reference for the city. It still resonates the traditional Agora of Ancient Greece. The market boasts over 70 stalls and shops, selling traditional products, Cretan cheese, honey, herbs, souvenirs, clothes, fresh fish, meat and other produce. There are several cafes and restaurants too. Built in 1911-1913, the Agora is an architectural jewel of Chania.

The Venetian Harbor is the matrix around which the whole urban area was developed. Together with its famous lighthouse, this is one of the most popular tourist areas in town, and one of the most photographed. The Faro (lighthouse) was first constructed by the Venetians around 1595 - 1601, and it took its final form during the Egyptian Period, between 1831 - 1841.

The rich maritime history of Crete unfolds in Chania. The Maritime Museum of Chania is located at the entrance of the Firka Fortress. The sea element was and still is an integral part of the Cretan conscience, a fact that is ideally presented while walking among the exhibits of the museum. 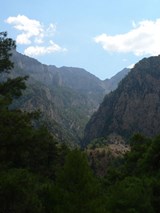 Identified as a National Park since 1962, and a World's Biosphere Reserve, Samaria Gorge spans over 18 km, and is considered the largest gorge in Europe. With rich and rare flora and fauna, it ranks among the top tourist destinations enjoyed by both foreign and local visitors. Visits to the Samaria Gorge are only allowed from May 1 to October 15.

Within a distance of 10 km from Agios Nikolaos, this resort has loyal visitors especially during the summer months. Not far from this traditional fishing village turned to a seaside resort, you will find one of Crete's most famous beaches, Plaka. With deep blue waters, a magnificent view of Spinalonga and traditional seafood and fish cuisine, it will only take one visit to Plaka to convert you into a devotee.

The Folk Art Museum of Sitia was founded in 1974, and it is considered to be one of the most important museums of the Greek province. It hosts a rich variety of exhibits that carry forward feelings and visualizations of an old traditional Cretan house.

Commonly known among the locals as 'the Lake', the small lagoon located in the center of Agios Nikolaos has linked its name to myths and legends (one even implying that the goddess Athena bathed in it). Lake Voulismeni is the main landmark of this urban centre and a favorite attraction for every visitor.

Officially known as Kalydon, Spinalonga is located at a distance of approximately 800 m from the Cretan shore, right opposite Elounda and Plaka. During the summer, you may visit it taking a boat from Elounda or Agios Nikolaos. With a diverse history mostly connected to the XX century leper colony and the Leprosy Hospital, which closed down in 1965 and is now abandoned. Spinalonga is today uninhabited. Lack of accommodation on Spinalonga means that you can visit the island only for a few hours. 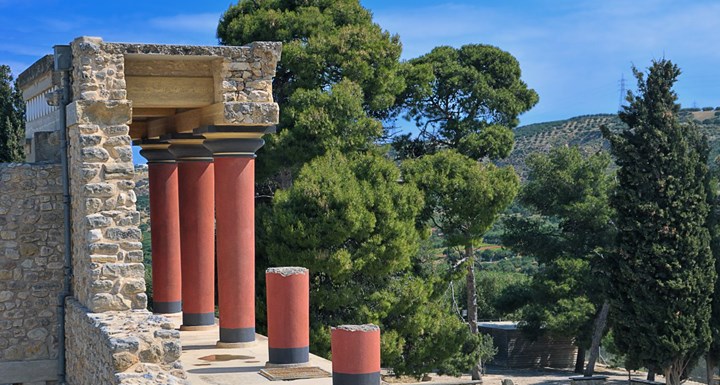